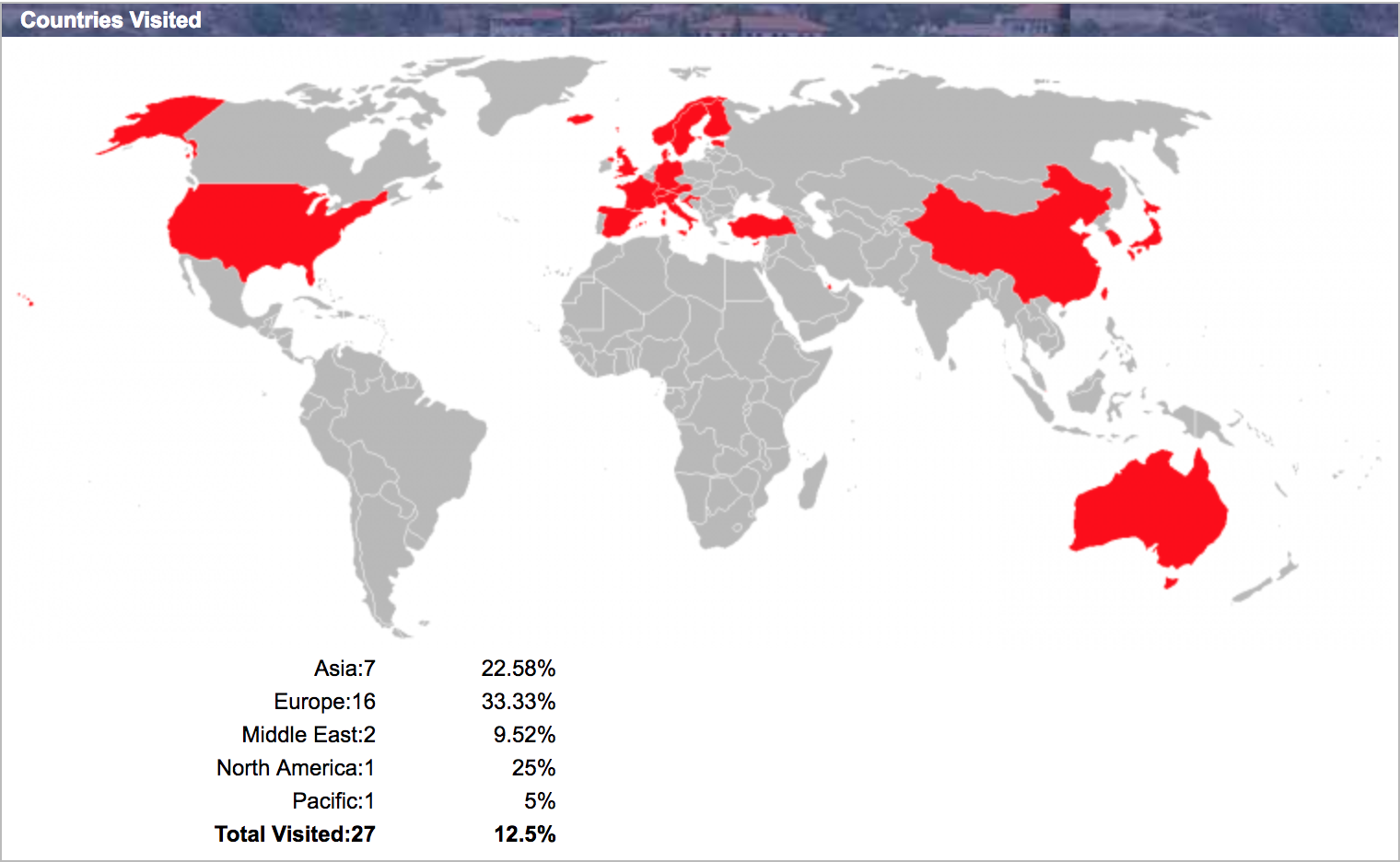 I didn’t used to like traveling. At all. I felt like I was being kidnapped to somewhere unfamiliar and I preferred to stay safely in my home in Osaka.

When I made the map above, the fact that I didn’t used to like traveling felt like a joke. “Then why have I traveled in 27 countries and in countless regions in the countries so far? If I just wanted to peep the world, I could use Google Earth.”

Having such easy access to texts, pictures and videos about all kinds of stuff on the Internet, I feel like I could just find everything there. Instead of thinking or trying hard to remember something, why not brainlessly Google? Facebook even tells me what relationship my friends are in with whom, without me having to communicate with anyone else. “I can basically know it all,” that’s at least how I feel.

Well, that’s the reason why I ended up traveling. I find it enjoyable ever since I learned there would always be new discoveries from the trip, no matter how much Internet-searching I did about the area in advance. 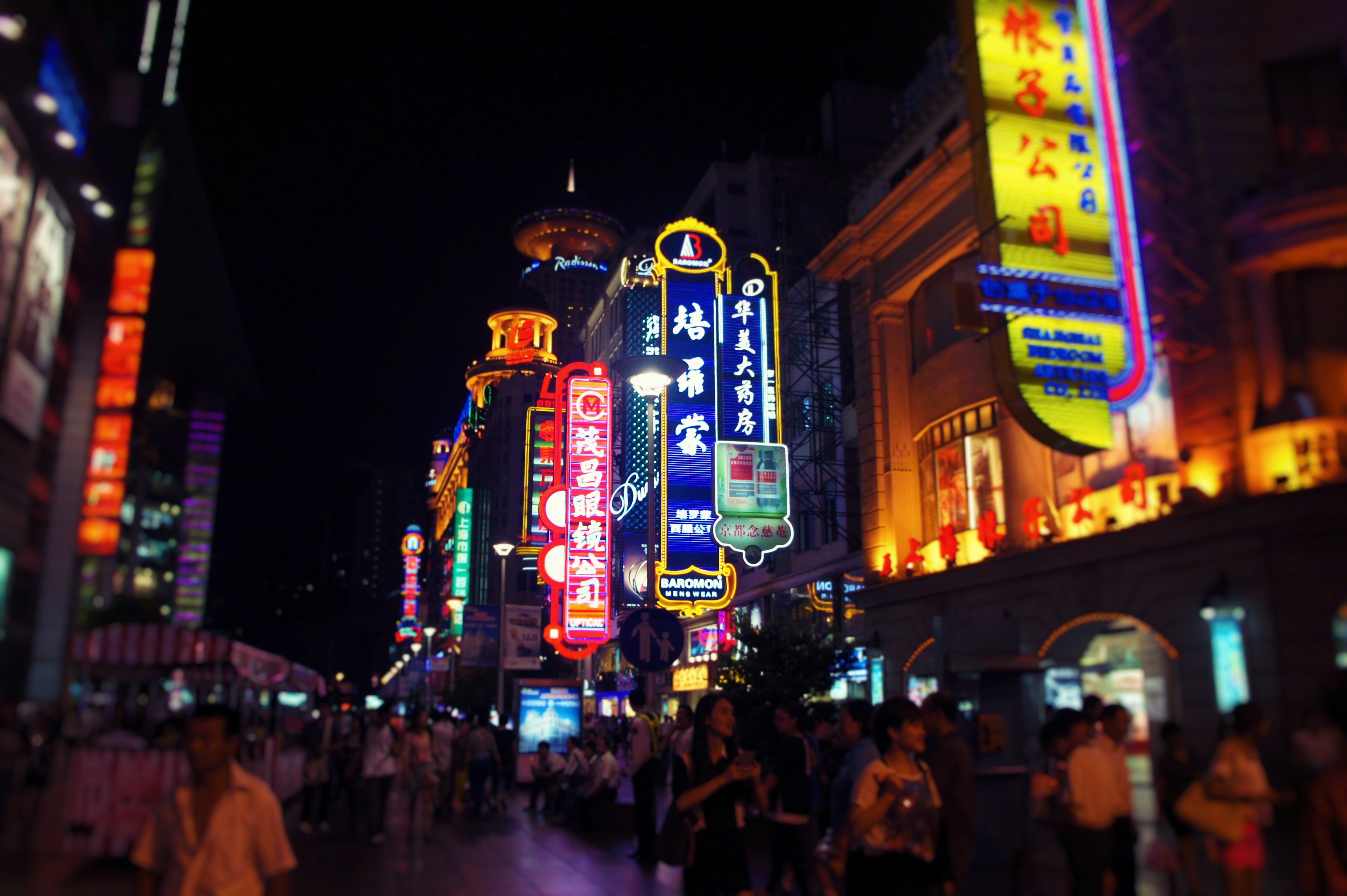 Shanghai – do you see too much or too little information around you?

Not everything is on the Internet. You can’t just copy-paste people’s formless real-life experiences. The bitterness that grew in me when I first realized in a toilet at Suzhou University that I couldn’t always expect to find toilet paper in some toilets in China, is not searchable on Google. But it’s stored in me as a treasured memory.

My first travel abroad, on a school trip to Brisbane, Australia when I was 16 years old, made me realize that I didn’t have a muffin top. On the next oversea trip to the UK in 2007, I was shocked to see self-service cashiers for the first time in my life at a local supermarket in Oxford, and it made me start doubting that the legend of Japan being a tech country was true or not. Panmunjom in 2009 felt more like a tourist attraction than a scary conflict area like I imagined through some Korean movies and Japanese news media. A guy in Tallinn, Estonia paid for a bottle of Champagne that I was trying to buy at a supermarket because he got too excited to welcome a rare guest from Japan also in 2009. In January 2010, I thought I would die frozen when I was waiting for a night bus from Gothenburg to Oslo, under the circumstances where no information was guaranteed if the bus would really come, all the nearby buildings were closed including a gas station that a worker at the Gothenburg Station told me I could wait inside and the temperature outside was colder than -20℃. (And a quiet, tall blond guy who obviously wouldn’t talk to anybody unless drunk came to the bus stop, and I was finally relieved and thought “OK, the bus to Oslo will definitely come here to take this Norwegian guy home.” and it actually came several minutes later. )

And so on. Where will I be in 2018? Wherever my life takes me. I have a good friend in São Paulo, Brazil whom I promised to visit soon. So at least there. It’ll be fun.

I like these opening lines of The Great Gatsby by F. Scott Fitzgerald:

‘In my younger and more vulnerable years my father gave me some advice that I’ve been turning over in my mind ever since.
“Whenever you feel like criticizing any one,” he told me, “just remember that all the people in this world haven’t had the advantages that you’ve had.”‘

I’ll still browse the Internet everyday, to guess what I could not know yet.

I’ll still be traveling whenever I can, to greedily take in new experiences and hopefully shape my less judgmental self.

P.S. I hardly ever use Google. I usually go for Ecosia. My browser? Vivaldi. Needless to say.