Cute animal pictures is one of the most heartwarming things of which one can get a health dose on the Internet, IMHO.

We had a visiter to the Oslo office today. 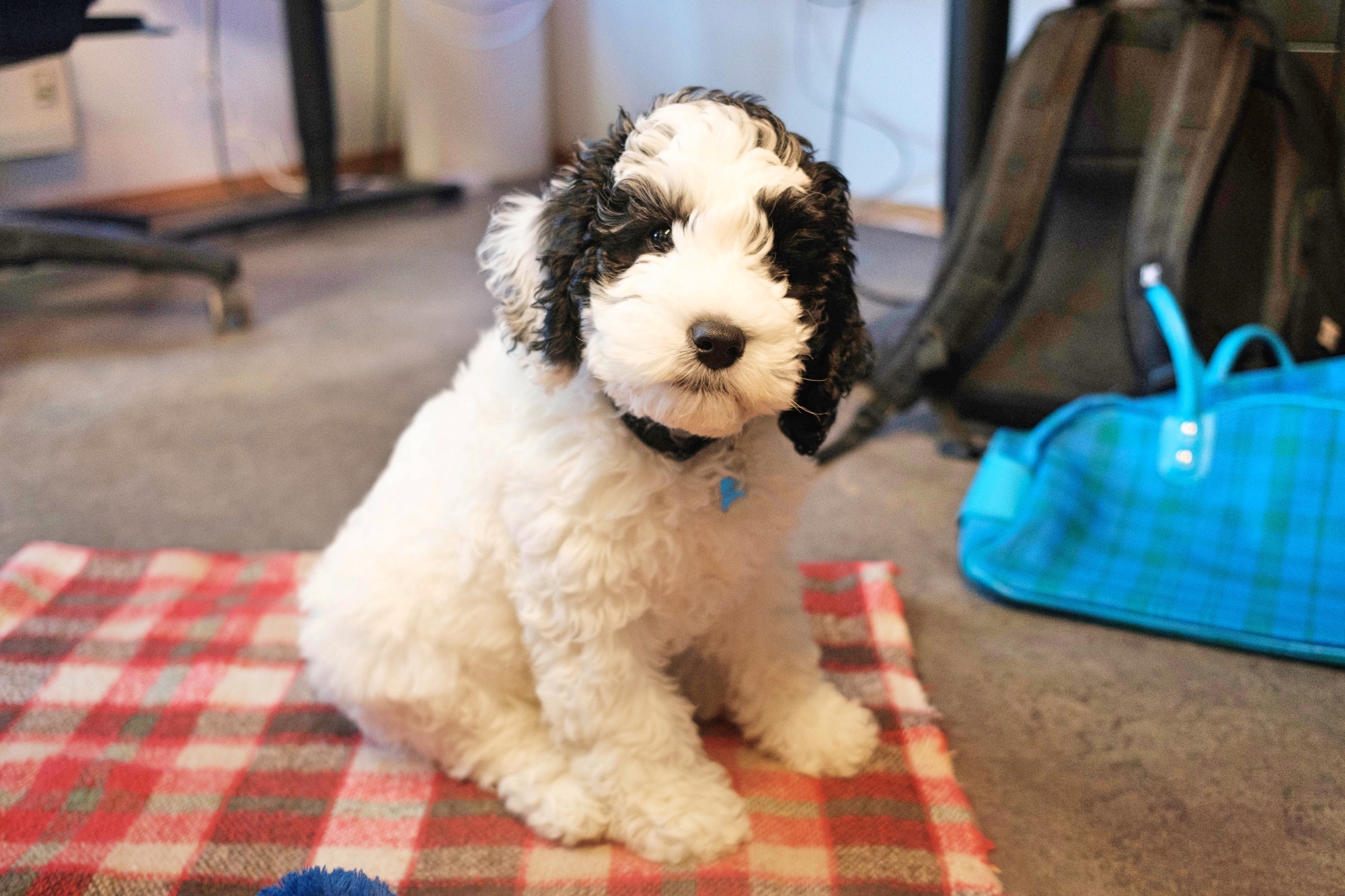 His name is Obie.
He is cohabiting with a Vivaldi Team member, JonMC.

I want to hire him to Vivaldi quite badly.
AFAIK, Oracle Japan has had a culture to hire dogs for more than 25 years, since 1991.

The current doggy (4th generation) is called “Candy”. Reportedly, Candy goes to work only on Wednesdays. (And I believe most of the Japanese people should make their working hours at least a bit closer to Candy’s.)

The first dog “Sandy” worked as a contract employee, but from the second dog “Heidi”, they have been signed as regular employees.

Anyways, let’s make the Internet a lovable place instead of a hateful one♡